With margins often fine and the need for funding pressing, brokers play an integral role in the development finance process. Indeed, they are usually the preferred choice when developers fund their projects. It's why finding a good one is so vital, but how do you assess your options? And what can developers do to present the best deal to secure funding? We recently sat down with Saam Lowni of MerryOaks to learn how he went from working as an estate agent, property developer, landlord and lender to becoming a finance broker; and to ask what advice he has for developers trying to finance their projects.

Saam has over 20 years of experience working in property, starting as an estate agent and doing enough deals to save up to buy a property. Instead of taking the traditional route and purchasing a first home to live in, Saam invested in a doer-upper and flipped it to great success. A few more properties later, he became an all-in-one property act, working as a developer, investor and estate agent.

Today, he owns properties across England, including London, the Midlands and the northeast. With vast experience in property, it's safe to say that Saam understands how borrowing and lending works – to the point where he's now moved into the finance space.

As he puts it, "Like most developers, you run out of capital at some point and use your own cash. I thought the best way to scale up was to access more capital and understand that side of things."

After being a founding team member of Hilltop Credit Partners, a successful development finance business – which he exited recently – Saam went on to start Merryoaks. It's a debt and equity finance brokerage supporting SME developers and investors across the UK with all their funding requirements, including bridging, portfolio, development finance and commercial loans.

If anyone has a clear picture of how every aspect of the property business works, from buying and selling to developing and building and, of course, financing projects, it's Saam. His unique position means he knows what is required for getting finance.

What makes a good finance broker?

Having the right skills is a prerequisite for succeeding in finance brokerage, but so are passion and experience.

Saam is a strong believer in being passionate about what you do, saying, "I think you need passion as the first port of call." But he's also aware that experience is necessary to fully understand the ins and outs of a role.

"I think if you have any sort of relevant experience throughout the value chain, you can better understand what a developer and investor go through when looking for finance. If you've walked a mile in a developer's shoes, you're in a stronger position to advise and guide them."

The art of securing a deal

A good finance broker can help developers secure deals. Saam succeeds if he's working with clients who go on to secure funding. For them to do that, they need to put a strong proposal together, and Saam takes a stance from both the developer's and lender's point of view.

"The first thing we look at is the deal appraisal profit on costs and profit on gross development value (GDV). We look at build cost per square foot and GDV per square foot. These are quick metrics to see whether the deal appraisal is going to be accurate, that we're going to be able to hang our hat on and if valuers will be able to get behind the scheme. Those are the hurdles that we need to jump through in the process.

"Beyond that, we're looking at the track record of the developer – we want to ensure they have the relevant experience. Then there are the assets and liabilities (of the borrower). Lenders and investors want to know if there's a cost overrun and if a contingency is in place. So, for example, we often include 10% contingencies in the project before sending it to the lenders to give them more confidence."

For Saam, ultimately, it's all in the assets and liabilities, whether they have a previous track record and strong deal margins. These are all vital components developers need to account for when seeking finance.

For every finance deal being approved, one will probably end up rejected. But what can developers do to avoid running into issues with their finances? Saam often sees one common issue, which is a lack of information.

“Sometimes they just don't provide you with all the information. Talking about things like assets and liabilities, previous track record and a thorough deal appraisal - we don't get it the first time asking.

“It’s hard for us to get excited about a project and present it to a funder, especially as we already know the questions they’ll ask. So I guess that lack of preparedness is something that happens with some developers, and it can derail their chances of getting finance.”

Fortunately, Saam and his team can often help. They “act as a filter”, as he describes it, adding, “we’ll have back and forth with the lender if we think there are areas they can improve. Our job is to ensure everything is there by the time it goes to a funder."

The benefits of using a finance broker

Saam has already touched on the benefits of using a finance broker rather than going straight to the lender, showing that they can bridge the gap and ensure applications have the best chance of approval.

But there are other benefits he’s keen to emphasise: “The access to finance has been massively fragmented since 2008, which has increased competition and further driven down prices. That’s great for developers, but the choice is so vast – and often niche – that having the guidance we provide can help put them in touch with the right funder.

“It’s really difficult for smaller developers to have those relationships and find competitive terms and pricing. We can help with that, finding them the best deals while also being a filter for numbers that don't stack up and data that isn’t effective.

“We can refine the application, which helps build trust with clients.”

Challenges in the market

Whether you're a developer, lender or bridging the gap, keeping an eye on market shifts is paramount to creating a successful future. Saam recognises this, especially when it comes to competition in the space.

He says, "There's a strong demand for housing in this country, and we're not quite there yet in terms of numbers of new units being built each year. But we've recently had broad deregulation of the planning system to allow more conversions. So there's a lot more development finance being arranged.

"I think that there's going to be more people entering the space of lending, brokering and property development. But I do believe at the same time, although competition will increase, it will lead to a better breed of operators; because that increased competition is going to help people raise their game. Developers, finance brokers, lenders... the really, really good ones are going to going to shine head and shoulders above the rest.

So, in the near future, you might see a new breed of elite brokers that really, really know what they're doing in that space. And they’ll be working on some very cool projects."

High-level brokers are beneficial to developers as they have better access to professionals that can put them on the right course to secure finance. And more developers with the means to build homes can only be a good thing for the UK housing market.

Looking to secure funding for your next project?  Create your Aprao account below, run your numbers, and get a report that stands out from the rest. 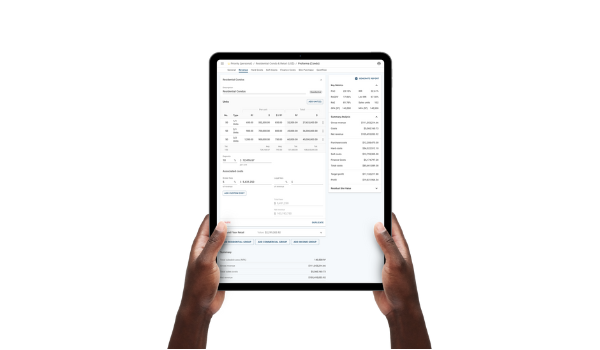 Why now is a great time for property development 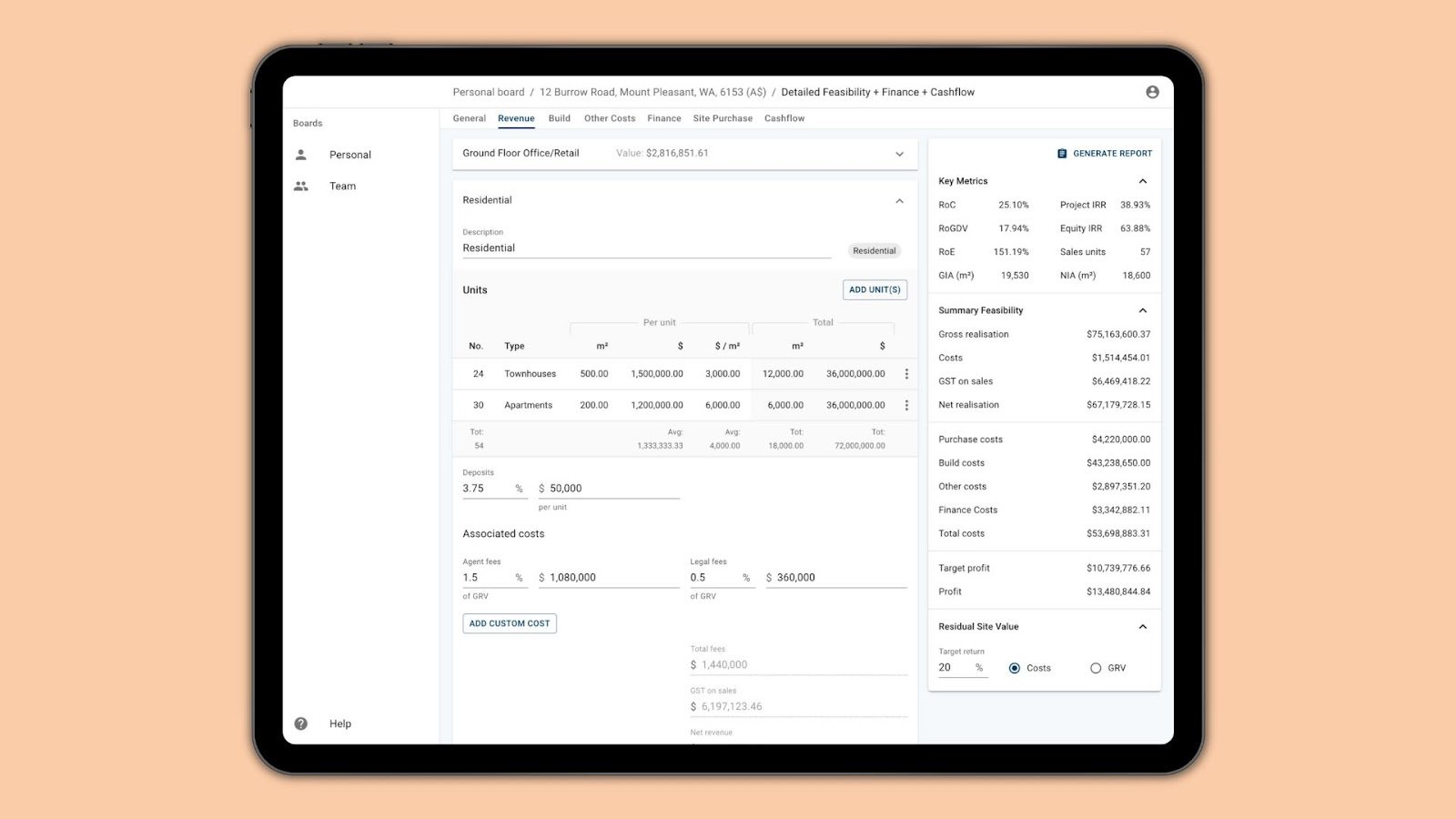 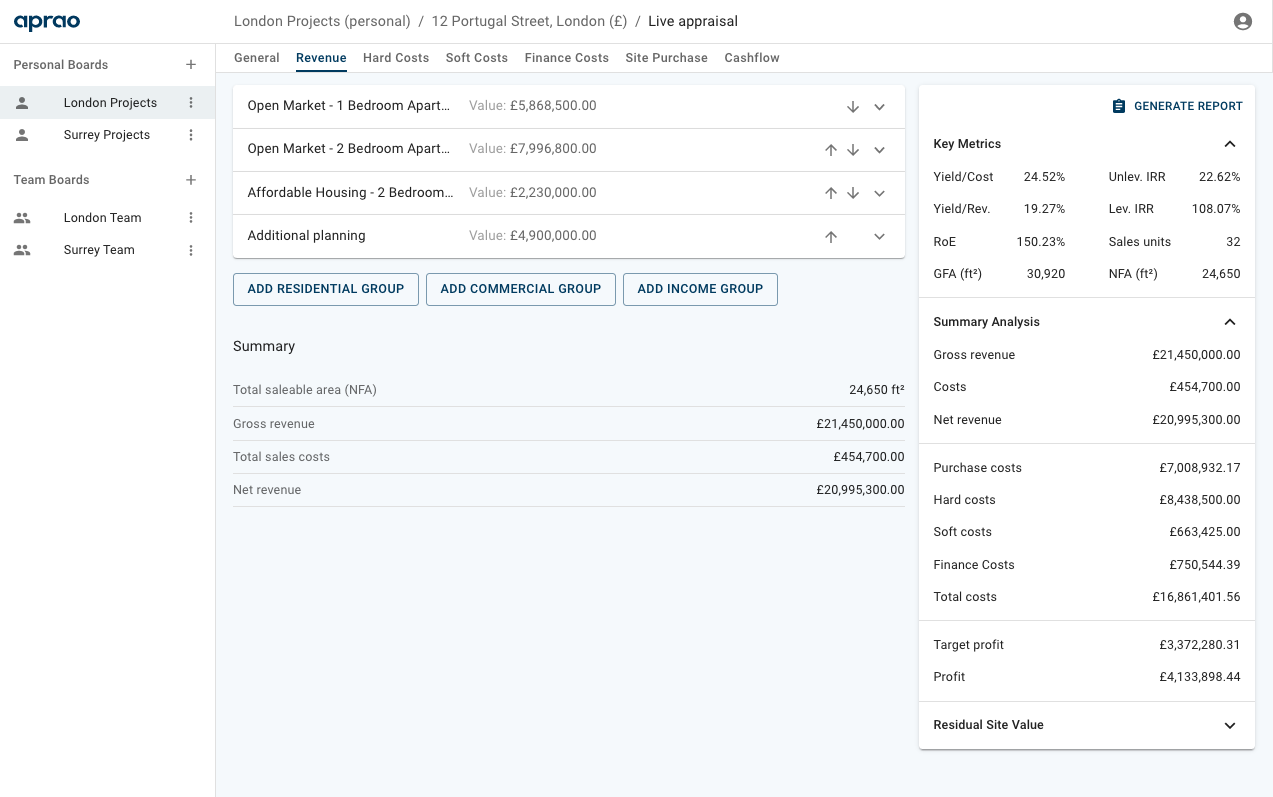